Nyovest was born and raised in Mahikeng, North West. He is often regarded as one of the most successful artists in South Africa. Nyovest rose to fame with the release of his debut studio album, Tsholofelo (2014). Nyovest is also a record label owner, Family Tree Records.

Cassper Nyovest whose real name is Refiloe Maele Phoolo was born on born 16 December 1990. Nyovest has been around in the South African entertainment industry for years now.

Cassper attended the Sol Plaatjie Secondary School. He started rapping at the age of 12. After failing his Grade 10 exams in 2006, he decided to drop our of high school at the age of 16 in 2007.

In 2008, Nyovest relocated to Johannesburg to pursue a career in music as a rapper and producer, after telling his parents he would rather chase his dream, which he believed would work out, rather than playing it safe and regretting it his whole life.

Nyovest has consistently dated some of South Africa’s most popular and most beautiful women ever since he came into limelight. He once dated Amanda Du Pont. Although the pair are no longer together, they are said to be good friends.

Cassper’s next high profile relationship was with Boity Thulo who he had a crush on since school. Their romance seemed like it was in it for the long run but unfortunately, the pair called it quits in 2016.

Cassper is a devoted Christian. He thanks his parents, who were teachers, for raising him in a strict Christian home. He believes he wouldn’t be where he is today without his faith.

Nyovest is a winner of many music nomination and awards both local and international. Below is the list of some of the awards won by Cassper.

The rapper has huge followership across his social media. Nyovest has over 3.8 million Instagram followers at the time of writing this report

The rapper also has a considerable number of followers on Twitter. He has about 2.8M Twitter followers which is a huge number.

According to many reports, Cassper Nyovest has a net worth of about $3 million (R45 million). He also ranks as one of the richest musicians in South Africa. Over the years, his wealth has managed to accrue quite a bit, thanks to his talents in music and business.

Although Forbes magazine has not yet provided Casper Nyovest net worth we have been able to estimate it that under his luxury cars, houses and many other items which he has purchased. Casper Nyovest assets include luxury cars; two Bentley’s, a Mercedes-Benz van. He bought a mansion during May 2018 which he calls his dream house, that house costs a huge amount of money. He has accessories that cost tens of thousands of Rand’s. 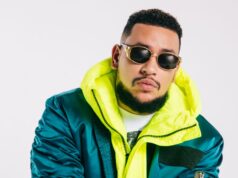 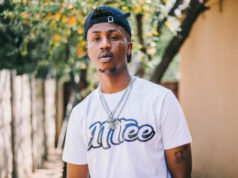 Emtee Biography and Net Worth 2020