Kernan Jarryd Forbes, popularly known as AKA is a South African rapper, singer, songwriter, record producer and entrepreneur. He is among the richest musician in South Africa.

AKA was born and raised in Cape Town, Western Cape and gained significance after releasing his single “Victory Lap” which was released from his debut album, Alter Ego. The platinum-selling rapper has won several awards but his rise to fame has come with a lot of good and bad attention.

AKA (rapper) whose real name is Kiernan Jarryd Forbes was born on January 28, 1988, in Cape Town, South Africa. Forbes and his friends in 2002 made a band called Entity, however, that did not go far as it was disbanded in 2006. AKA went ahead to study engineering.

In 2006, Kiernan co-founded the production collective the I.V League alongside two other members. In 2009, AKA released three songs which include “In My Walk”, “I Do” and “Mistakes”.

AKA (rapper) began dating producer DJ Zinhle at the ceasing of 2014. The couple has a daughter named Kairo, born on July 8, 2015. Kiernan and Zinhle split on August 2015 after it was revealed that he allegedly cheated on Zinhle with television present Bonang Matheba.

Forbes and Zinhle got back together in late 2018 after breaking up with Matheba in December 2017.

AKA is a winner of many music nomination and awards both local and international. Below is the list of some of the awards won by Forbes.

The rapper has huge followership across his social media. AKA has over 2.7 million Instagram followers at the time of writing this report.

The rapper also has a considerable number of followers on Twitter. He has about 4.5M Twitter followers which is a huge number.

Nothing could ruin this day. 😁💕 pic.twitter.com/E2PwXkV3vh

According to many reports, AKA has a net worth of about $12 million (R207 million). He also ranks as the 2nd richest musician in South Africa. Over the years, his wealth has managed to accrue quite a bit, thanks to his talents in music and business.

AKA is a very successful musician, and he owes a large portion of his wealth to that. His debut album was certified gold, while his second album managed to become platinum in South Africa. To add to that, the tickets to his tours sold out like hotcakes, allowing the artist to rake in heaps of money.

However, apart from being a successful and popular music artist, AKA is also a cunning entrepreneur. He is the CEO of Beam Group, a company, which comprises of several subsidiaries:

AKA is also the Chairman of Beam Digital, a company that provides talent with technology and services to have a better engagement with their followers and manage their earnings. Judging by this, AKA is a very busy man!

In addition to having his own business, he also endorses others. For instance, AKA has deals with Reebok, Betway (online betting platform), Cruz Vodka, as well as several others.

The wealth of AKA seeps into his lifestyle and fashion sense. You can rarely catch him without a Rolex on his wrist or wearing something unfashionable. He also seems to be fond of luxurious means of transportation, as he owns a blue 2016 BMW X6M. While he is off the tour, AKA stays at his gorgeous mansion in South Africa, which must have cost him quite a lot of money.

AKA Album and Songs

AKA (rapper) has released four studio albums with over 42 singles including over 20 collaboration with featured artist. He also has over 23 music videos.

With the information above, we believe you now know much about AKA the rapper. With the way his music career is going, he is sure to remain relevant in the South Africa entertainment industry. 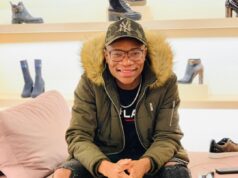 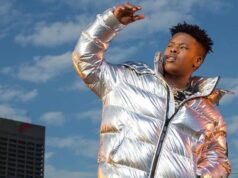 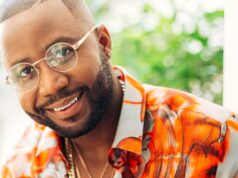