According to data obtained from the Times Higher Education 2020 ranking, we’ll show you the 10 best universities in South Africa.

Below is the list of the top 10 best ranking universities in South Africa.

The University of Cape Town’s campus is located at the foot of Table Mountain, offering spectacular views of Devil’s Peak and across the city.

The main campus contains many teaching faculties, the main library and some halls of residence. The middle and lower campuses are home to most of the student residences, sports facilities and some academic departments.

2. University of the Witwatersrand

The University of the Witswatersrand – or Wits University, as it is commonly known is the second top-ranking university in South Africa. WITS is a public research university based in Johannesburg.

It was founded as a school of mining – the region is the most abundant with gold of any location worldwide. The University has five campuses, with two joined by a walkway. The campuses are home to student residences, including female-only dorms, and academic departments.

Academic research and teaching are spread across five faculties: commerce, engineering and the built environment, health sciences, law and management, science and humanities.

The university town maintains Dutch colonial architecture, and streets host an array of cafes, boutiques and galleries. Among the university’s many achievements, it designed Africa’s first microsatellite in 1999.

Teaching at the university is split between four campuses, with the main one in Stellenbosch and the others nearby.

Students can complete assignments and exams in both English and Afrikaans, even though the main language of instruction is Afrikaans. For postgraduate students, the language in classes is determined by the demographics of the class and is usually English.

There are about 150 academic departments within 10 faculties, and many other research centres. In addition to an extensive library system, the university has a conservatory with two concert halls, home of the Stellenbosch University Choir – the oldest South African choir.

The University’s international partnerships in 46 countries provide an opportunity for direct interface and global academic exchange that enhances scholarship and the student experience.

UKZN is a multi-campus residential university located in two cities, Durban and Pietermaritzburg. The University is structured on a College model with four Colleges, including the College of Agriculture, Engineering and Science, College of Health Sciences, College of Humanities and the College of Law and Management Studies.

The University of Johannesburg (UJ) is one of the best and top-ranking university in South Africa. UJ is an Afropolitan international university with an identity of inclusion, a university that is transforming lives and diversifying professions.

The University of Johannesburg offers both vocational and traditional academic programmes to professionals and postgraduates. The University also has four campuses which offer courses in eight faculties: Art, Design and Architecture; Education; Engineering and the Built Environment; Health Sciences; Humanities; Law; and Science, as well as in the College of Business and Economics.

The university has campuses in Pretoria and Johannesburg. The University has nine faculties and a business school, namely Economic and Management Sciences, Education, Engineering, Built Environment and Information upTechnology, Health Sciences, Humanities, Law, Natural and Agricultural Sciences, Theology and Religion, Veterinary Science (presently the only faculty in this discipline in South Africa) and the Gordon Institute of Business Science (GIBS).

8. University of the Western Cape

The University of Western Cape (UWC) is a public university founded in 1959 as a college for black students. The university is just is located just outside Cape Town.

Tshwane University of Technology (TUT) is among the best universities in South Africa. The university was established on January 1 2004, when the former Technikon Northern Gauteng, Technikon North-West and Technikon Pretoria merged.

TUT is widely regarded as a “mega university” and is the largest residential higher education institution in South Africa, with an annual enrollment figure of 60,000. The University has presence in four of South Africa’s nine provinces: Gauteng, Mpumalanga, Limpopo and the Northwest Province, with campuses in Tshwane (Arcadia Campus, Arts Campus, Pretoria Campus, Ga-Rankuwa Campus and the North and South Campuses in Soshanguve), Mbombela, eMalahleni (previously called Witbank) and Polokwane (previously called Pietersburg).

There are also service points in Durban and Cape Town. The faculty of science and the faculty of the arts have dedicated campuses in Pretoria city centre.

The department of performing arts owns the Breytenbach Theatre and uses it for training and productions for its students, with many performances open to the public. 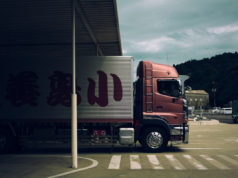 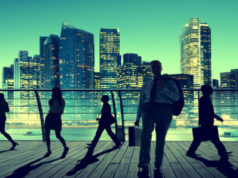 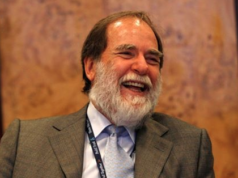