There are a lot of e-hailing cab services in South Africa. However, only the most popular ones like Uber and Taxify (Bolts) are known by many.

The taxi-hailing industry is gradually growing in South Africa and has brought about a diverse market of competition. They’ve been a lot of upcoming e-hailing apps which is designed to compete with Uber and Taxify in South Africa.

Although some of these competitors may offer better quality or cheaper services, many customers still prefer Uber or Taxify. The reason is simply that these companies have established a stronger brand and larger driver network.

In this article, we’ll be looking at the top 10 ride-hailing services operating in South Africa.

Below is the list of some of the best and most trusted e-hailing services in South Africa. If you’re in need of a ride, then you know where to get one.

Uber is one of the largest e-ride apps in the world. The San Francisco-based company was founded in 2009 and is currently operational in over 600 cities in over 65 countries. Uber is currently present in major cities like Pretoria, Johannesburg, Port Elizabeth, Durban, East London, Cape Town, Kimberely etc.

Ever since Uber was launched in South Africa, it has incorporated several features that ensure the reliability and accountability of the service.

Bolt formerly Taxify is one of the most popular taxi-hailing services in South Africa. Ever since the company made its entrance into South Africa, it has grown tremendously to cover 12 cities.

InDriver is one of the most populous countries in South Africa and has recently been launched in South Africa. The e-hailing app has over 35 million users in more than 300 cities in 28 countries.

The most interesting thing about this e-hailing app is that you get to set your own fare instead of the app dictating for you. Once you have provided your desired destination, you enter an amount that you’re willing to pay. After doing this, nearby drivers can either match your requested amount or bid a higher amount.

Taxi Live Africa is one of the newest entry into the South African e-hailing industry. The company was officially launched in June 2019. Taxi Live Africa has been designed to give metered taxi drivers as well as private and owner taxi drivers their own app to connect to people who need a ride.

Taxi Live Africa is currently operational in Durban and plans are underway to expand to other cities in the country. However, drivers in Johannesburg and Cape Town have started using the e-hailing App.

Yookoo Rider is an e-hailing app launched by the South African Meter Taxi Association. The app is available for download on IOS and Google Play Store. The ride-hailing app claims to be 40% cheaper than Uber and Bolt. It also comes with various payments options which include paying from the in-app prepaid wallet, credit/debit card or cash. It also has a panic button as one of its safety features.

South Africa-based Africa Ride is a small firm competing with Uber in one of its most popular markets. The local ride-hailing company was launched in 2017 and has gained popularity by accepting payments via mobile money services.

Hailer is one of the new entry into the e-ride company. The company was launched in 2016 and is owned by Johannesburg-based Zimbabwean entrepreneur Malvin Nkomo. The company is currently operational in Johannesburg, Pretoria and Kimberley.

Hailer aims to compete with Uber and Bolt through a competitive pricing and commission structure, security, and safety features and by marketing Hailer as a local brand.

Tag Your Ride is one of the indigenous e-ride company in South Africa. The app was launched by Rogerant Tshibangu, a university graduate and now academic development officer at the University of Kwa-Zulu Natal.

The app has standard pricing for the rides stipulated on their app to prevent overcharging people. Currently, it’s operational in Pietermaritzburg, Durban, and Harare.

uMashesha is one of the e-ride start-up companies in South Africa owned by Christine Mesolo. The Pretoria-based e-ride company was launched in 2018 and has completed over 1000 trips.

The company charges drivers a commission of 14.5% on earnings — about 0.5% shy of what Taxify charges. Uber’s commission is about 25%, while another local startup Hailer takes 10%. At present, the company employs 30 full-time operational staff, 44 interns and 963 drivers.

YoTaxi is an e-hailing service that was designed to compete with the top players in the industry. The Durban-based company was incorporated by the metred-taxi association. YoTaxi drivers wear uniforms and drive in branded vehicles. Drivers pay a R10,000 fee for registration and equipment. 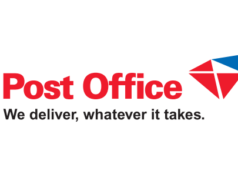 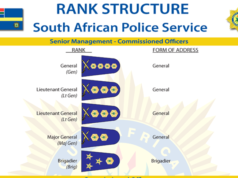 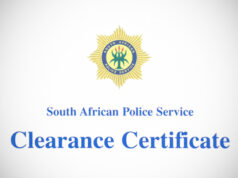 How to Apply for South African Police Clearance Certificate