After releasing three mixtapes, one being “Undisputed” and two EP, Ngcobo released his debut album Bad Hair (2016), and Strings and Bling (2018) which was associated and supported by his first tour, The Ivyson Tour.

He was the youngest recipient of an award at the 2015 South African Hip Hop Awards, namely the Best Freshman Award.

In March 2020, Nasty C signed a joint venture deal with Def Jam Records and released his third album on 28 August 2020 and his first on the label titled Zulu Man With Some Power. 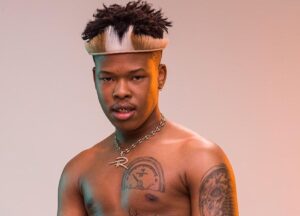 Being born on 11 February 1997 in Diepkloof, a borough of Soweto, Johannesburg. After the passing of his mother who was involved in a fatal car crash while he was 11 months, he relocated to Durban, Kwa-Zulu Natal to be raised by his father, David Maviyo Ngcobo, who is a human resources manager. He has an older brother, Siyabonga Ngcobo, who influenced him to rap as he learned the basics of producing music from him at the age of nine. Ngcobo attended Strelitzia Secondary School in Lotus Park, Durban where he completed his 12th grade.

At the age of fourteen, Ngcobo released his debut mixtape One Kid, a Thousand Coffins on 14 May 2012. He then released his debut EP L.A.M.E (Levitating Above My Enemies) on 4 April 2014. The following year on 10 February, he released his second mixtape Price City which produced the successful single “Juice Back” that raised his prominence. “Juice Back” later spawned a Gemini Major-produced remix featuring singer Davido and rapper Cassper Nyovest on 20 November 2015.

Nasty C’s net worth is estimated to be $2 million, according to the list of South Celebrities and Net Worth in 2021.

Related Topics:Biography of Nasty C & Net Worth
Up Next

Biography of Black Cofee & Net Worth